How An Air Conditioner Compressor Works

The temperature of the freon being increased is very important, because the refrigerant will get so hot that the hot air outside will be cooler even in the summer when it can be up to 120 degrees! The air being cooler outside allows the heat in the refrigerant to transfer to it when it goes through the condenser coils. The heat in the refrigerant was transferred originally from the heat inside the home at the evaporator coil. Its important that the compressor increase the temperature so that it can finish removing the heat from inside the home to the condenser.

Air conditioner and heat pump compressors are known as vapor compressors because they are not meant to have any liquid, and liquids are not a compressible fluid. Any liquid that may enter the compressor will result in reduced efficiency and capacity and will typically cause mechanical damage to the compressors internal components. 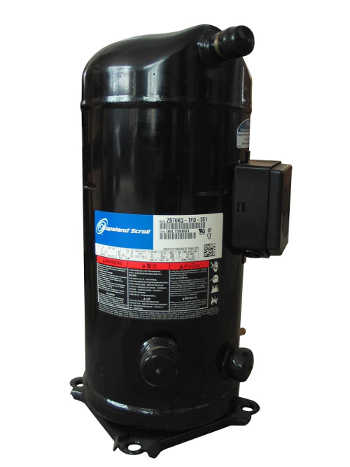 How A Reciprocating Compressor Works 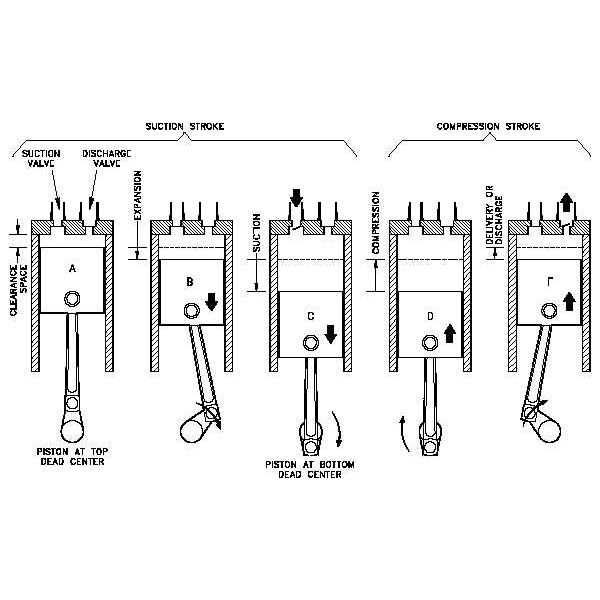 The cycle repeats it self as long as the system is energized.

How A Rotary Compressor Works 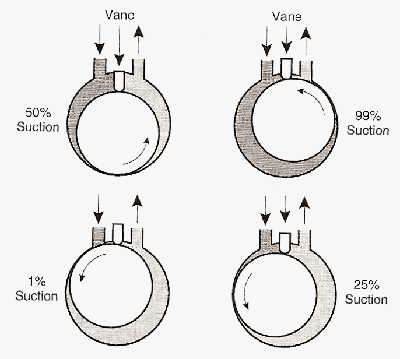 How a Scroll Compressor Works

Scroll compressors work efficiently with two perfectly manufactured spirals. One of the scrolls is stationary, while the other scroll vibrates or wobbles. As the scroll that vibrates moves, refrigerant vapor is pushed and compressed toward the center of the compressor where it is discharged from the compressor.

The configuration of the scrolls forms multiple chambers, each of which is at a different stage of compression, allowing the compressor to operate smoothly and continuously. Scroll compressors are becoming a popular choice for replacement, because they are better able to handle any liquid that may enter the device.

One of the scrolls are stationary and the other floats giving the scroll some play. This play will allow the floating scroll to move if liquid, which is not compressible, should it enter the compressor. Damage to the compressor is avoided since the scroll’s movement and play increases the volume of the chamber, thereby accommodating the volume of the liquid. Basically since there’s a little extra room, in case liquid enters, there will be enough room for it. The pistons on a reciprocating compressor move in a well-defined path and the introduction of liquid could result in a major component failure. Liquid entering the scroll compressor will, however, reduce the capacity of the system.

Another benefit of scroll compressors is that they do not use suction and discharge valves. The scrolls, as they age, tend to “wear in”, making them more efficient, as opposed to valves, which wear out with time. Since there are no suction or discharge valves, scroll compressors are equipped with a a low-mass, disc-type check valve at the discharge port tht prevents the high-pressure refrigerant from traveling back through the compressor during the off cycle.