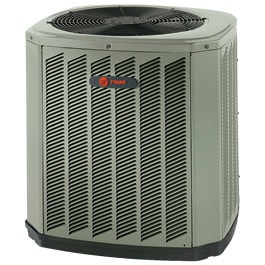 Before installing the equipment, we performed a load calculation in order to properly size the system and give them a quote.

We recently met with them and they showed us that their SRP bill has been a lot lower since getting the new units. The units combined with our expert installation saved them $1,849 on utilities for 2015 and they say they are still spending the same amount for 2016. Over the past 2 years they have made roughly $4,000 back on their investment. Two years later the results of this job proves that one of our Trane installations can save anybody money on their utilities and get a good return on investment. Achieving up to 16.5 SEER the new air conditioners have triumphed in efficiency over the older system that was in place.

Below are images of the utility bill the customer showed us. You can see that when they got the unit at the end of 2014 there was already a good difference in the cost of the bill after the install. When the year started in 2015 the customer saved money each month throughout the whole year. The last image shows how much he spent per month for 2014 and 2015. The customer spent $4,672 in 2014 on utilities and $2,913 in 2015 meaning that they saved $1,849 as of 2015. 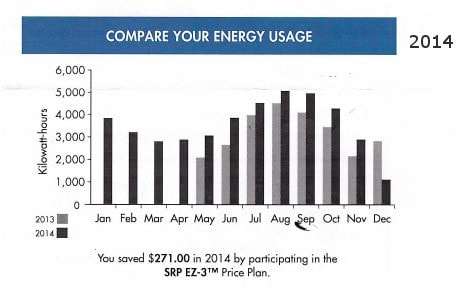 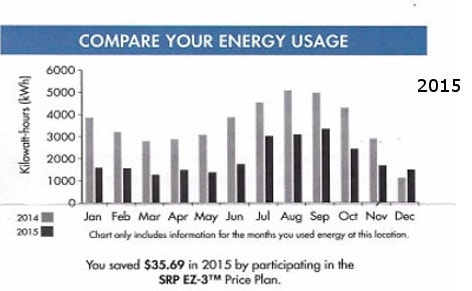 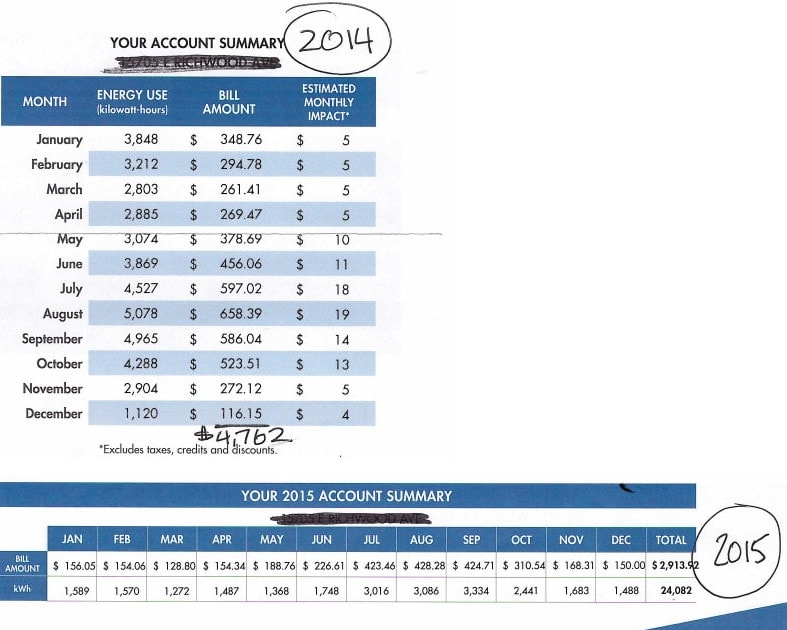