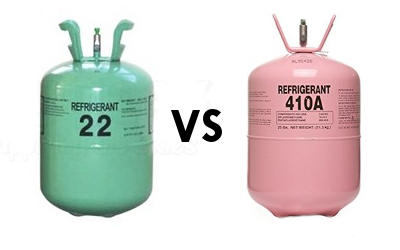 If you’re experiencing problems with your air conditioner and have been told that it’s not a good idea to keep replacing parts because it uses R-22 Freon, were going to explain the difference between R-22 Freon and R-410a Puron and why it’s better to get a new system.

R-22 was the common coolant in most air conditioners before 1989, it’s currently being phased out in the United States, as well as any country in the United Nations. The U.N. had a meeting called the Montreal Protocol, it took place in Montreal, Canada and decided the fate of the refrigerant. It was decided that it will be phased out because it’s very harmful to the ozone layer. It’s made up of Hydro-chlorofluorocarbons and over time the chemical compounds will break down and chlorine atoms will float up into the stratosphere and deplete the ozone layer. The devastating effects on the ozone layer are why it was decided to be phased out.

This refrigerant was decided to be used to replace Freon because it doesn’t have chlorine, it only has fluorine and won’t hurt the Ozone layer in the stratosphere. It’s different, it’s known as a Hydro-fluorocarbon opposed to R-22 being a Hydro-chlorofluorocarbon. It does have a potential for global warming but that doesn’t matter since it allows for higher SEER ratings of air conditioners. The higher ratings will reduce power consumption which will reduce power plant emissions. R-410a is currently the required HVAC coolant for new equipment since it won’t harm the ozone layer and cause less global warming.

Why A New Air Conditioner With Puron (R-410a) 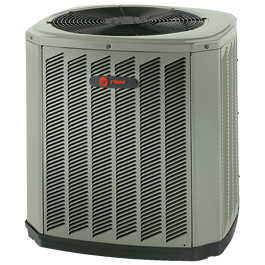