What Blower Motors Are There For Air Conditioners 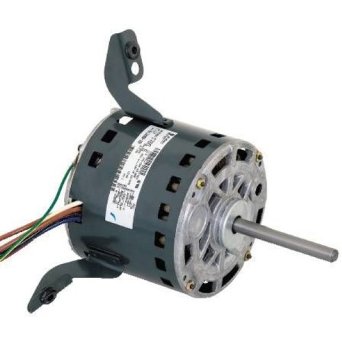 In the world of HVAC there are 2 types of motors for air conditioners. There are the PSC (permanent split capacitor) and ECM (electronically commutated motors) that are in your furnace or air handler to distribute air throughout your home. There is one type of PSC motor that possibly can be adjusted by the installer to a certain speed so that it can compensate for static pressure in the duct work. Static pressure will restrict distribution of air. There are two types of ECM motors one is a variable speed and the other is constant torque.

That’s right the PSC motor is less efficient. It only converts about 60% of the electricity it uses into actually motorizing the blower. However, they are simple in design only using a rotor, stator, and capacitor, making them an inexpensive option for manufacturers. PSC’s use magnetic force to turn the motor at only one speed. When there is a lot of static pressure in the duct work the PSC motor will have a hard time distributing the air throughout your home because it will be restricted. They can be set to a specific speed at installation to make sure they are near compensating for the duct works static pressure. The PSC’s rotor and stator operate asynchronously meaning that they don’t operate in “sync“. Not operating at a constant torque and not being able to have control of itself is why they are not efficient motors.

Why The ECM Is Better

ECM motors are better motors than the PSC because for starters they are brushless in design. ECM motors can operate at a constant torque (for mid-range equipment) or variable speed (for high-end equipment). The mid-range constant torque motor if need to account for static pressure in the ducts will deliver exactly what is needed at a constant torque. The variable speed motor will typically communicate with the rest of the air conditioning system and will account for any variable changes that the system needs (like a light dimmer that controls itself). Paired with a variable speed compressor, your air conditioning system will be insanely efficient, using most of the energy it gets and converting your home into a cooled off paradise. Ohh and by the way speaking of efficiency the ECM motors operate at about 80% to 90% efficiency.